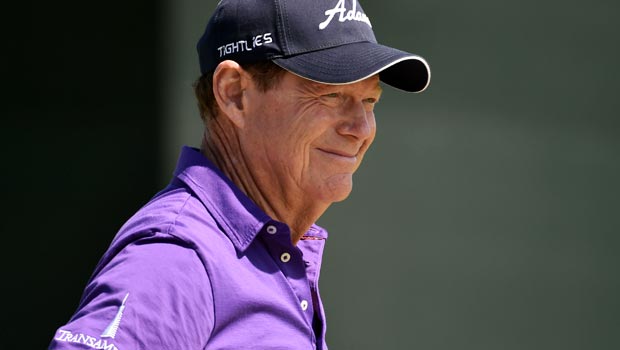 Tom Watson has confirmed he is considering a number of players for his American Ryder Cup wildcard picks, with vice-captain Steve Stricker among those on the list.

Stricker was added to the management team for Gleneagles by the current skipper as America try to banish the memories from Medinah two years ago. Europe produced a memorable performance on the final day as they won eight of the 12 singles matches to claim the trophy for a second successive time.

The defending champions are looking in good shape heading into the 2014 Ryder Cup with the in-form Rory McIlroy, along with Henrik Stenson and Sergio Garcia, leading the charge for Paul McGinley’s team.

Watson is facing somewhat of a selection crisis just over a month before the tournament, with Dustin Johnson taking a break from the game due to personal reasons and Jason Dufner struggling with an injury.

The American skipper will also be without former world number one Tiger Woods, who ruled himself out of the running for a wildcard pick because of a persistent back problem.

Injuries and off -field issues are having a huge impact on the overall shape of Watson’s team and the captain has revealed that he is now considering handing Stricker a place in the side.

“Steve actually called me on Thursday night. He asked if I was considering him for a captain’s pick. I said, ‘Absolutely, I am.

Steve said that’s all he needed to hear and will be planning his schedule accordingly over these next couple of weeks,” he said.

“He’s going to play and see if he can make it as a captain’s pick. I told him he’s amongst a group I’m looking at if he’s playing well. Either way, he’ll be with us at Gleneagles. He’s very well respected by his peers and obviously, a great player.”

America are priced at 2.61 to reclaim the Ryder Cup with Europe the favourites at 1.50 to record a third consecutive victory.