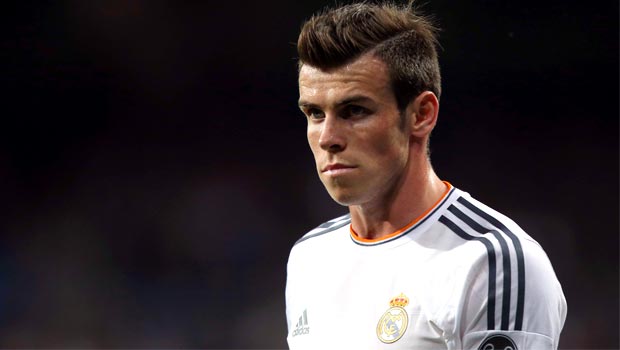 The Welshman has had his critics since his big-money move to the Madrid giants from Tottenham Hotspur, but few can argue that it was he who made the difference when it mattered to give Real Madrid their 19th Copa del Rey.

There were just five minutes left when Bale picked up the ball in his own half and set off towards goal.

Defender Marc Bartra ushered him over the touchline midway inside Barca’s half, but Bale produced his trademark pace to overtake his marker before racing into the penalty area and slotting the ball through goalkeeper Pinto’s legs.

Real Madrid began the match with Cristiano Ronaldo looking on from the stands, and the Portuguese star was able to celebrate after just 11 minutes when Angel Di Maria eluded the offside trap to latch on to Karim Benzema’s pass before placing the ball low to Pinto’s left and into the net.

Barcelona struggled to recapture their form that has gone missing at the wrong time, and never looked like stepping up a gear, with even Lionel Messi strangely subdued. However, the Catalans did get back into the contest after 68 minutes when Bartra was left totally unmarked from a corner to head home the equaliser.

That should have sparked a revival but, in truth, Real Madrid were always the more likely to score and having missed a number of chances earlier, it was only fitting that Bale should be the one to seal Barca’s fate.

Real coach Carlo Ancelotti hailed Bale after match, saying: “It was his most important goal, it was the most defining moment of the game.

“I think we played very well, we were playing against a very strong team. We had to suffer at times but I think it is a deserved victory. We are very proud to have won this competition.

“More than anything I want to congratulate the players. The atmosphere inside the stadium from both sets of supporters was fantastic, I am happy to be here and to have experienced this spectacle.”

Ancelotti can still dream of treble glory, with Bayern Munich to come in the Champions League semi-final, while they still have city rivals Atletico in their sights in La Liga.