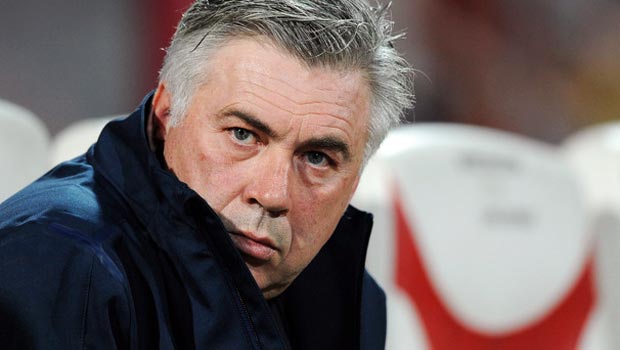 Real Madrid boss Carlo Ancelotti has insisted he will remain as manager of the Spanish giants next term, despite rumours linking him with a possible move to former club AC Milan.

It has been heavily reported in Italy that Milan have made an approach for the Italian tactician, who of course enjoyed great success with the club both as a player and a manager.

However, the 54-year-old says that he has no intentions of leaving Madrid just yet after settling quickly in his debut term at the helm.

Ancelotti said: “I think my future is quite clear.

When asked if that meant Madrid, he replied: “Yes.”

Ancelotti could be set to claim two pieces of silverware this season, having already lifted the Copa del Rey – beating Barcelona 2-1 in the final, as he is preparing his men for a Champions League final with rivals Atletico Madrid on May 24.

Los Blancos though have crashed out of the title race, confirmed last weekend, after failing to pick up a league victory in their last three outings against Valencia, Real Valladolid and Celta Vigo.

The former Diavolo boss admitted that the temptation to return to the San Siro was always tempting but he insists the time is not right for him to depart for the Spanish capital as he looks to add further trophies to the cabinet next term.

Real of course are chasing ‘La Decima’ and do have the experience of big European nights, reflected in the betting as they are strong 1.57 favourites to come out on top, with Atleti priced at 2.53 to land the spoils.

Los Colcheneros did take four points off their city rivals in La Liga this term, which included a 1-0 win at the Bernabeu, although Real won both legs without conceding a goal in their Copa del Rey semi-final clash.