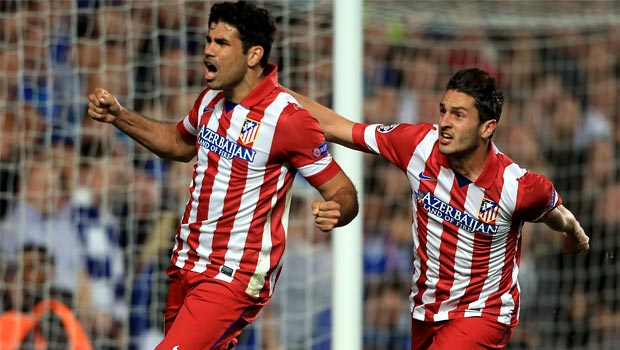 Costa has struggled in the closing stages of the campaign, missing a number of games including last Sunday’s 1-1 draw with Malaga.

Los Rojiblancos failed to pick up a win at home to the Andalusian outfit which would have secured the league title with other results going their way.

However, they now have the chance to pick up their first league crown since 1996 when they face Barcelona at the Nou Camp and Simeone has confirmed that the Brazil-born Spain international will be ready to start.

Simeone confirmed: “[Costa] is fine, he trained without problems. Tomorrow he will play from the start.”

The two sides have already met on five occasions this term – twice in the Spanish Super Cup, twice in the Champions League and once in La Liga.

Atletico boast the better record, claiming four draws and one victory, but those results will count for nothing if they cannot hold out for at least a point on Saturday.

Simeone has admitted that with his side knowing that a draw will be enough they may look to try and hit Barca on the counter-attack.

He added: “We are playing an opponent who is used to attacking, who always play the same way.

“We have to play a good game, and bring the match to a position which suits us. We play well when we have spaces to attack into with pace.”