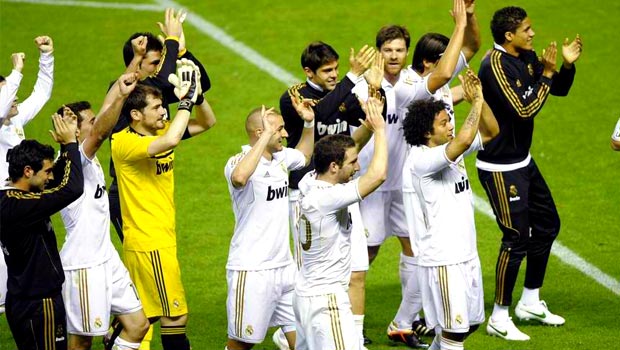 Real Madrid boss Carlo Ancelotti says his side will need to be at their very best if they are to beat Athletic Bilbao on Sunday.

Trips to the Basque country have traditionally been one of the toughest on the calendar for La Liga’s top teams, with the iconic San Mames playing host to a number of famous results.

The ‘Cathedral’ has now made way for a new stadium but Los Leones possess an equally proud record there, with them still to taste defeat on home turf in the league since moving in the summer.

Real are currently in good form having won all eight of their league and cup clashes since the winter break and another victory would see them go above bitter rivals Barcelona in the table, although they could still trail local rivals Atletico who also play on Sunday against Real Sociedad.

Bilbao themselves are in good form but Ancelotti’s men are still the huge favourites to take the victory at 1.68, with the Basques on offer at 4.96 and the draw at 3.95.

Despite the odds, the Italian knows how big the task facing his side is and admits they will need an extraordinary performance to win at one of Spanish football’s most fearsome grounds.

“Athletic are a great team, I like how they’re playing because they’re a dangerous team that plays really dynamic football,” he told the club’s official website. “Athletic are one of the teams playing the best in Spain.”

Despite not hitting the swashbuckling heights of previous seasons, Real’s results at home and abroad have suggested that they have improved under Ancelotti and they are now the 5.00 second favourites behind Bayern Munich to win their much coveted 10th European title this term.