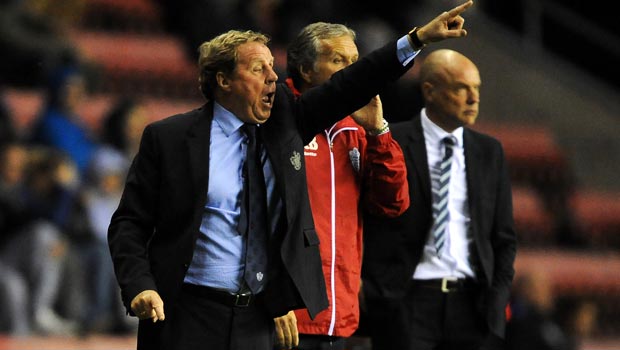 QPR manager Harry Redknapp has admitted that his side must be on top of their game against Wigan when the two sides meet in the Championship semi-final play-off second leg on Monday.

The Hoops earned a hard-fought draw on Friday at the DW Stadium in a match where neither side really threatened to break the deadlock as both defences were very much on top.

QPR have struggled in front of goal this season, with the R’s only able to find the back of the net on 60 occasions, a tally which has been bettered by no less than 11 other teams in the Championship.

It is definitely an area which Harry Redknapp’s side will need to improve on if they are to make it to the play-off final, but with the threat of away goals at the front of the former Tottenham boss’ mind, he knows his team must be wary of the threat Wigan pose.

“We’ve got a home tie but they’re a dangerous team,” Redknapp said.
“They came down to Loftus Road the other week and played very well. It was a really tight game, we sneaked home 1-0, but there was nothing in it, they were good. I’m sure Monday will be just the same.”

QPR have yet to lose to Wigan this season which provides the Hoops with a great deal of confidence heading into the second leg, and with the home crowd sure to be firmly behind Redknapp’s team, progression into the play-off final may not be far away.

The R’s are favourites for the game on Monday at a price of 1.67, but there will be very little to choose between these two sides once again with only one goal being scored in the three meetings so far this season.