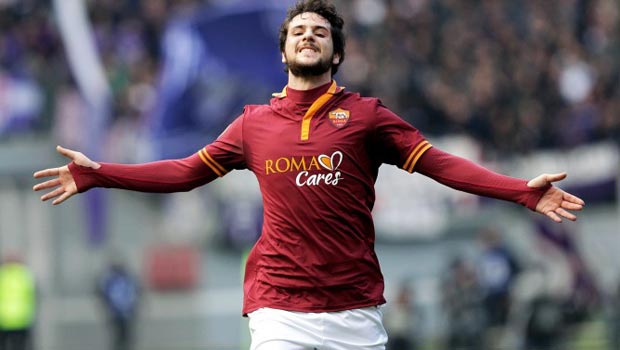 Mattia Destro is hoping that Roma can claim victory over Juventus on Sunday to lay down a marker for next season in what the striker insists will be a great match.

The Wolves have enjoyed a brilliant season under manager Rudi Garcia but ultimately have just come up short in their pursuit of the Serie A title, finishing behind Antonio Conte’s confirmed champions in second place.

Destro, who is expected to return to the starting line-up for the match on Sunday after serving a four-match ban, is hoping that the team can end up with all three points come the final whistle.

“The meetings between Roma and Juve are always big games. It’s the kind everyone wants to play in,” he said.

“We’ve had an incredible season and Juve are very strong, I’m sure it will be a great show on Sunday.”

The 23-year-old has been in superb form for Roma this season, finding the back of the net on 13 occasions from just 18 appearances in the league this season, while also contributing one assist.

Destro’s form is sure to make the game on Sunday a tight encounter and the Serie A runners-up are slight favourites at 2.28 to claim all three points having home advantage, with the Old Lady on offer at 3.12 and the draw at 3.27.

The striker, who will be hoping to secure a World Cup place with the Azzurri, has admitted that Roma were guilty of losing concentration at times in the title race this season, but the in-form ace is hoping the team can go one better in the next campaign.

“The championship? The difference is that we had a decrease in concentration, while Juve are masters in handling certain situations.”