Paris Saint-Germain: Laurent Blanc ready to rise to the occasion 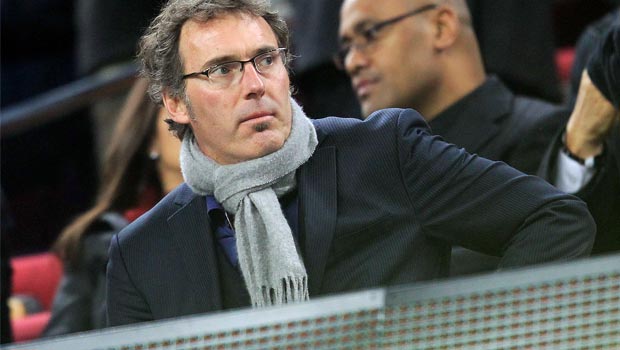 Laurent Blanc witnessed his Paris Saint-Germain side extend their lead at the top of Le Championnat to 13 points but acknowledged that they will have to play better if they want to improve on last season’s Champions League performance.

An own goal from Timothee Kolodziejczak was enough to give the capital club all three points against Nice on Friday night, with their Ligue 1 advantage increasing due to Monaco’s surprise 1-0 defeat at relegation-threatened Evian.

PSG were only knocked out of the Champions League on away goals by Barcelona in the quarter-finals in last season’s competition and host Chelsea in the first leg at the same stage on Wednesday.

Blanc knows that his players need to improve when they take on the Europa League champions but is confident they will rise to the occasion despite their stuttering performance on Friday night, as pre-European matches have followed a similar pattern all season.

The Parisians have won all but two of their games in the competition so far this term, with their only defeat a 2-1 reverse at Benfica when they had already secured top spot in their group, while they demolished Bayer Leverkusen 6-1 on aggregate in the first knockout stage.

Chelsea represents a step up in class as can only be expected when reaching the last eight, and Blanc is confident that his players are ready to make their mark.

“Honestly, this match will not remain in the annals of PSG’s history,”
he told beIN Sport. “But the important thing is that we got the job done.

“It was not very good but I think it’s still the ninth time we play a league game before the Champions League and, if my stats are correct, this is the ninth victory – and all without conceding goals.

“Great players know that the game before a big one is difficult to manage because subconsciously you think all the time about the big one.

Blanc’s men are installed as the 1.98 favourites to establish a first-leg advantage, with Chelsea on offer at 3.68 and the draw at 3.30, although Jose Mourinho’s men are priced at 1.93 to advance to the next round.