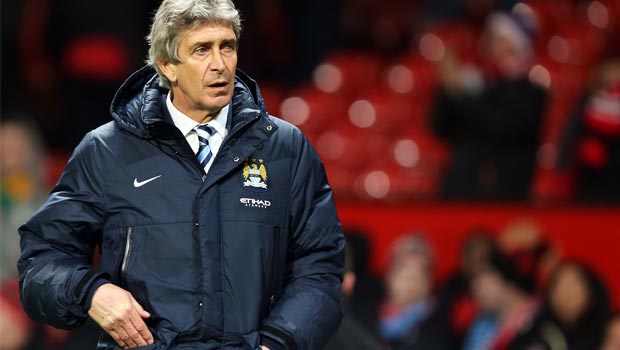 Manchester City boss Manuel Pellegrini believes that the Premier League remains a four-horse race for the title, with Arsenal still very much in the hunt.

A 6-0 hammering at Chelsea last Saturday had led to many writing off the Gunners’ hopes of landing the top domestic honour, with a 2-2 draw against Swansea at the Emirates in midweek doing little to silence the doubters.

However, Arsene Wenger’s men held title favourites City to a 1-1 draw on Saturday and Pellegrini insists that Arsenal can still lay claim to having hopes of winning the Premier League.

For that reason, the Chilean tactician believes it was a good point won for his side, rather than two points lost after having taken the lead through David Silva in a dominant first-half performance.

“Of course Arsenal are in the race. They are behind the leaders, but not by much. Four teams still have a chance to win the title,” said Pellegrini.

“All four of them will drop points before the end of the season. It is always difficult when you play against the top sides, or ones fighting to stay in the division.

“I think it is a good point. We played two games away this week against Manchester United and Arsenal,” he added. “I think four points from six against two big teams is not bad.”

Despite a shock 1-0 defeat at Crystal Palace, Chelsea still lead the way with City closing the gap to two points with two games in hand, with Arsenal now five points behind the Blues after playing the same number of games.

However, Liverpool have the chance to usurp Jose Mourinho’s men at the top of the table when they host Tottenham at Anfield on Sunday.