Timm Klose out for months with knee damage

Posted by Iniobong Umoh on September 5, 2019 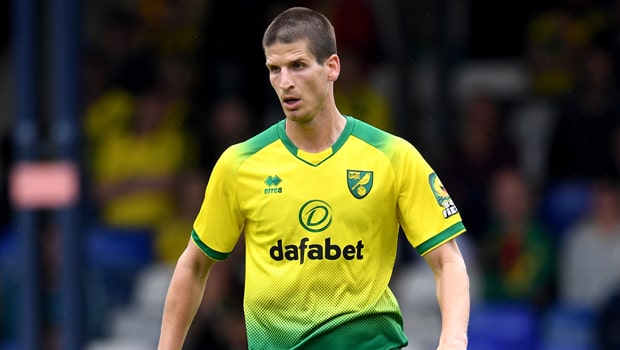 The Norwich city defender is set to be out for months due to a knee ligament injury.

Norwich City defender Timm Klose is set for a “lengthy” spell out due to a knee ligament injury. The Center-back has already missed the start of the premier league campaign due to a hip injury but made a return to action in the club’s EFL Cup (Carabao Cup) defeat at Crawley Town.

The defender was forced off in the 27th minute after colliding with a Crawley player. Scan results revealed that there was a significant damage to the Posterior Cruciate Ligament in Klose’s right knee.

No timescale for recovery has been mentioned, but the defender could be out for months.

Klose posted an update on social media saying he had to” take a break for a few months.” Klose isn’t the only player on Norwich city injury list. Centre-back and skipper of the side Christoph Zimmermann is also out after picking a foot ligament injury during Saturday’s defeat at West Ham.

The defender came off in the first half after a tackle by Hammers Sebastien Haller. Midfielder Tim Trybull will also not be available for approximately six weeks having sustained an ankle ligament injury during Saturday’s 2-0 defeat at West Ham.

Scottish defender Grant Hanley is also being treated for a groin problem. The defender is set to miss Scotland’s Euro 2020 Championship qualifiers against Russia and Belgium having been called up earlier by Scotland gaffer Steve Clarke ahead of their Euro 2020 double-header with Russia and Belgium.

The Swiss professional footballer joined Norwich City FC on 18th of January, 2016 on a three-and-a-half-year contract for an undisclosed fee. He has made over 270 match appearances for Norwich City, and has been an integral part of the squad this season.

The last major injury sustained by Klose occurred while playing for Norwich City in April 2016, which consequently led him to miss selection for Euro 2016 in France.

Norwich City are priced at 2.05 to get a shock victory against Manchester City. The Sky Blues on the other hand are available at 1.89 to win the match.