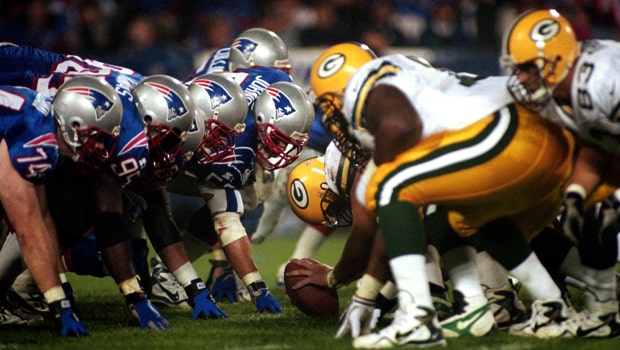 The 2019 National Football League, which marks the 100th season of the NFL will kick off on Thursday night by 8:30 pm (U.S.A time) with arguably one of the biggest games (if not the biggest) in the Football League.

Chicago Bears and the Green Bay Packers will swap elements paint on Thursday night in one of the known rivalries in the League after a long offseason which saw retirements, transfers, new faces, rule changes and various degree of drama.

Although there is consistency in terms of contenders for the NFL year in year out, the New England Patriots have managed to show their prowess having won six times since 2001 will hope to have a go at the Super Bowl once again, with their first game on Sunday.

Patriots who are the defending Champions of the Super Bowl will begin their title defense on their home ground against a strong Pittsburgh Steelers, who have a point to prove, this time on Sunday.

New England Patriots are backed at 4.00 win the trophy again, while Steelers are the long shot at 10.25.

Meanwhile, fixtures will also come up on Sunday with eight new coaches, which are a quarter of the teams will be in the dugouts.

New York Jets now have Adam Gase as their new manager while Miami Dolphins will be led by Brian Flores, Freddie Kitchens will be in charge of the Cleveland Browns.

Furthermore, Zac Taylor will lead the Cincinnati Bengals, Vic Fangio will be at the Denver Bronco, Green Bay Packers appointed Matt LaFleur, Bruce Arians will hope to produce brilliant results with the Tampa Bay Buccaneers and not to forget Kliff Kingsbury at the Arizona Cardinals.