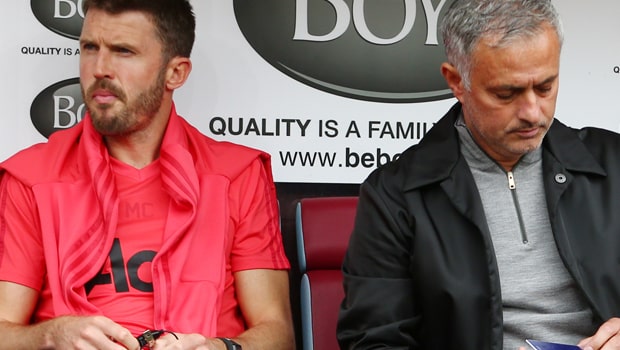 Michael Carrick suggests Jose Mourinho deserves more credit for sticking with Manchester United’s traditions than he has been given.

The Red Devils have a long-standing track record of giving players from their academy system opportunities in the first team, something Mourinho has endorsed since taking over from Louis van Gaal.

Marcus Rashford, Jesse Lingard and Scott McTominay are three that Carrick points to as having been given the chance to shine under the Portuguese.

In his managerial career, Mourinho has often opted for experience rather than trusting in youth, but Carrick says the well-travelled boss “gets” the history of Manchester United.

“He does get the history,” said Carrick.

“For the manager to put him [Rashford] in and play him…and Scott [McTominay] last year…and give them games, big games as well.

“The manager has to take a lot of credit for that. That’s the constant challenge though isn’t it? That’s what everyone wants to see, that next one.”

The Old Trafford club have never selected a matchday squad in the Premier League era that did not include at least one graduate from their academy and Carrick says they have to hold onto their traditions, despite things becoming tougher.

“They say it’s getting harder. But that’s a challenge for us as a club and for English football – you might not get tens and twenties, you might get five or six players – but it’s got to keep happening.

“At the end of the day the academies are there to produce players and to give kids a chance of getting in first teams. Especially at United; you can’t ignore the history and traditions,” he added.

Manchester United are 3.40 to finish in the Premier League’s top four this season.