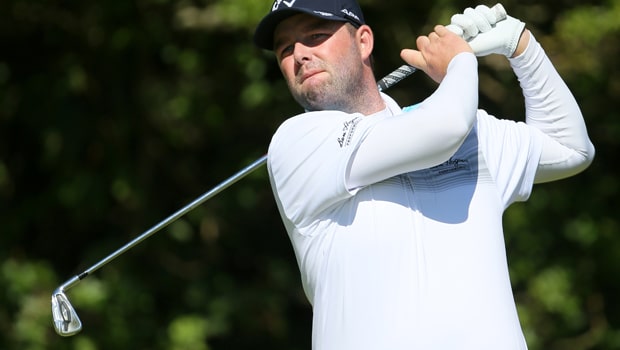 Marc Leishman wants to get more success on his CV after strolling to victory in the CIMB Classic in Kuala Lumpur.

The Australian carded a final-round seven-under-par 65 to win by five strokes and equal the tournament course record of 26-under par, previously set by Justin Thomas in 2015.

Leishman started strongly with four birdies in the first five holes, before turning in another long birdie putt on the ninth for 31.

Two more birdies on the 10th and 16th followed, sandwiched by his lone bogey at the 13th, before he birdied the final hole.

“I’m really happy with everything, it’s nice to get another win,” the 34-year-old said. “It had been over a year since I’d won, I’d had a few chances and hadn’t capitalised.”

Leishman was in a three-way share of the lead entering the final round. Shubhankar Sharma, part of the trio of joint-leaders, faltered to finish tied for 10th after an even-par final round of 72.

Big-hitting Gary Woodland, the third of the leading pack going into the final day, shot a one-under par 71, dropping back into tied-fifth where he was joined by former major champions Thomas and Louis Oosthuizen on 20-under par for the tournament.

First-round leader Bronson Burgoon shot a 68 to finish tied for second, along with Emiliano Grillo and Chesson Hadley.

Leishman, meanwhile, has more golf planned before the winter shutdown, including back home in his native Australia next month and he hopes for more 2018 success.

“I want to try and win something else before the end of the year, but this is awesome,” he said. “The kids will be very happy that I’m bringing home a trophy.”