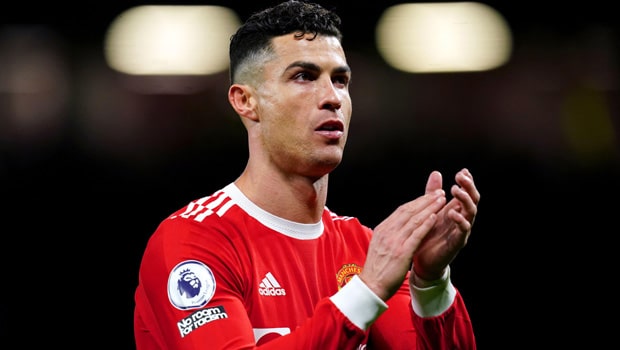 Football analyst James Ducker has heaped praise on Cristiano Ronaldo after the striker once again impressed with his incredible skills despite turning 37. Ronaldo was the only shining light in Manchester United’s dismal season as they failed to come up with a collective show.

The linchpin striker went on to score 24 goals across all competitions for Manchester United and also won some matches single-handedly for the club. The former scored 18 goals and provided three assists in the Premier League.

Ronaldo is known to score a variety of goals as he can take long-range shots and he also has one of the best headers in the game. Ducker feels Manchester United needs to sign another quality striker to support Ronaldo in the next season.

In fact, the Red Devils could only score a total of 71 goals in the season and the veteran scored one-third of them.

Speaking on the Debate, Ducker said, “[Ronaldo] scored a third of United’s 71 goals and he turned 37 during the season. That is quite an extraordinary undertaking. I think people maybe often forget as well, coming back to the Premier League at this age after so long away in Spain and then Italy, the pace and intensity of it is very different to what he’ll have been playing with on a week-to-week basis in La Liga and Serie A, so that is, just has been remarkable.”

“It’s still the variety [of goals] that he scores. I think he’s lethal still from six yards, he can score from all around the area. Aerially, he’s as good as anyone. What was it, 24 goals he finished with? I mean it’s a pretty impressive return. I can’t think of too many 37-year-olds who can contemplate hitting those sorts of numbers.”

Ducker added Manchester United should try to decrease the goal-scoring burden on Ronaldo. The expert feels it is not fair to expect Ronaldo to match his own lofty standards, which he has set for himself in the past.

“I mean, for me, I do think it highlights the pressing need to ease that goalscoring burden on him. I think the club found too often during the season that if Ronaldo didn’t score, people were asking: ‘Where are the goals going to come from?’”

“I think maybe the heights he’s hit over the years, like 50, 60, goals every year for 10 or 12 years is [something] people look at it and expect him still to be hitting those heights. To score [24 goals] at that age [37], in this league is quite remarkable.”