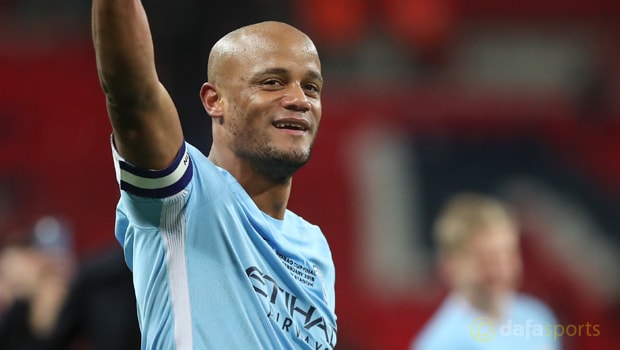 Manchester City captain Vincent Kompany says they must get their focus on securing the Premier League title before they worry about their Champions League fate.

A 3-0 defeat in the first leg of their Champions League quarter-final against Liverpool at Anfield has left Pep Guardiola’s side with a mountain to climb next Tuesday at the Etihad.

Before they fix their attention on the Merseysiders, City welcome neighbours Man United on Saturday evening knowing a win would be enough to secure the league title.

That must be the priority now, says the Belgian defender, as City look to take an historic chance to be crowned champions after defeating their bitter rivals.

“We’ve got one chance to do it in the Champions League. In the Premier League we’ve got plenty of opportunities to do the job,” said Kompany.

“We’ll make it [the Premier League] a priority now for the next three days. It’s never been like this. You play the league and usually go on holiday but this one feels completely different.”

Meanwhile Kompany insists that nobody at the club has given up on the Champions League, despite a three-goal reverse and their failure to even muster a shot on target against Liverpool.

“There’s not one single person at Manchester City who believes this game is over. Not one person.

We have to live with the consequences of this result but that’s what makes football special,” he added.

“We had a very short period of time in this game where everything went wrong but the same can happen in the next game for the opposition. “That’s what keeps us believing we can create chances.”