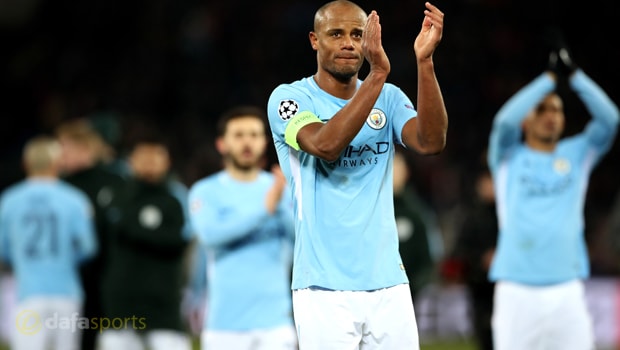 Manchester City captain Vincent Kompany insists his team are close to winning the Champions League as they continue to dominate the Premier League.

The Belgium international is confident City will win the top European crown in the coming years although they still have a solid chance to lift the trophy this season.

City breezed through their qualifying group to reach the last 16 and will take on FC Basel on Tuesday night.

Coach Pep Guardiola has challenged his team to reach the quarter-finals as a short-term goal as the Citizens continue to fight on four fronts this term.

They are 16 points clear at the top of the Premier League and will also play Arsenal in the final of the Carabao Cup on February 25.

Since 2011, City have struggled in the Champions League but Kompany is adamant his men will not get carried away as they look to join an elite group of clubs.

“We’ve been caught out on occasions when we shouldn’t have been but I think things have changed now.

If there is a year, a time, a moment when the club is ready to feel at home in the competition (Champions League) then it’s now.

“I’m not going to say it’s a matter of time because some clubs never win it but, if every year we can go in with this kind of confidence, then if not this year, or next year, eventually we’ll get there. I’m sure of it.”