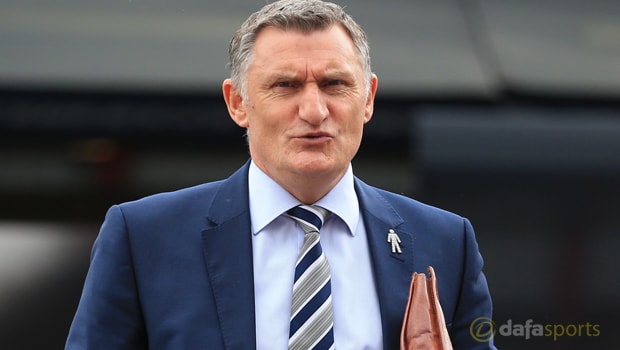 Blackburn boss Tony Mowbray believes his side showed great character during their 2-1 victory at Portsmouth on Tuesday.

Rovers went into the match at Fratton Park having picked up just one point from their previous two games, but Newcastle loanee Adam Armstrong gave them a deserved first-half lead.

Pompey equalised through Conor Chaplin just after the restart, but Armstrong netted his second and the winning goal with just three minutes to play to move Blackburn to within touching distance of the automatic promotion positions.

Mowbray was certainly pleased with the character his side showed to emerge from Fratton Park with all three points, although the result could have been more comfortable had they taken more of their first-half opportunities.

“I’m proud of the character of the players tonight,” Mowbray told the club website.

“In the first half, I thought we looked like we could score. Dominic (Samuel) could have scored in the first three or four minutes.

“But to show the character, the resolve, the desire and belief that they could get a winner is a fantastic effort from them.”

Next up for Blackburn is a home clash with struggling Bury on Monday and they will fancy their chances of claiming another victory from that contest, as they won the reverse fixture 3-0 earlier in the season.

Blackburn are currently aiming to secure a swift return to the Championship following their relegation last season and they are priced at 1.25 to claim promotion, while they are available at 4.50 to seal the League One title come the end of the campaign.