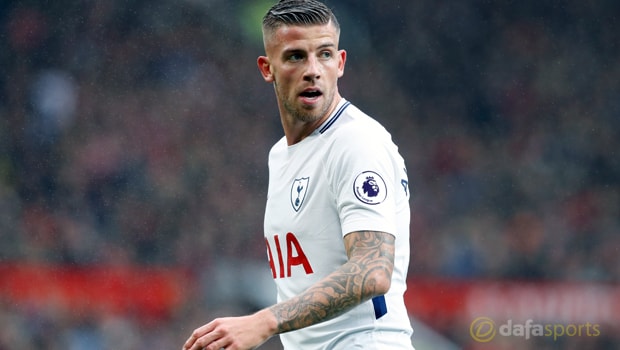 Tottenham coach Mauricio Pochettino insists he will not take any risks with Toby Alderweireld’s career after leaving him out of his squad to face Juventus.

The Belgium international has spent the majority of the campaign on the sidelines but returned and played 90 minutes during the FA Cup fourth-round replay win over Newport County.

He was left out of the squad to face Arsenal last weekend, with many expecting him to travel to Turin for Spurs’ Champions League clash.

However, the 28-year-old was left out despite declaring himself fit and ready to play.

Pochettino now has a fully-fit squad and the former Southampton coach insists he has spoken to Alderweireld and is not willing to risk him after a hamstring injury.

He told reporters: “From day one our idea is to create a plan to help him because that’s the most important thing.

“He is 28 and it was a massive injury that we need to care about because we could not put at risk his career. We designed a plan to try to provide him with the best tools to recover as soon as possible, and be stronger than before.

“In that period that he started to work with the team, under our judgement, he needs to build his fitness slowly. He needs to work hard. To play this type of game (against Juventus) you need to be 200 per cent.

“We were lucky to have the replay against Newport for him to feel the competition. It’s all going well. He will be part of the team to face Rochdale next Sunday and then we are going to assess him day-by-day.”

Juventus are the 2.20 favourites for Tuesday’s clash, with the draw 3.00. Tottenham are slight outsiders at odds of 3.50.