No letting up for Man City star 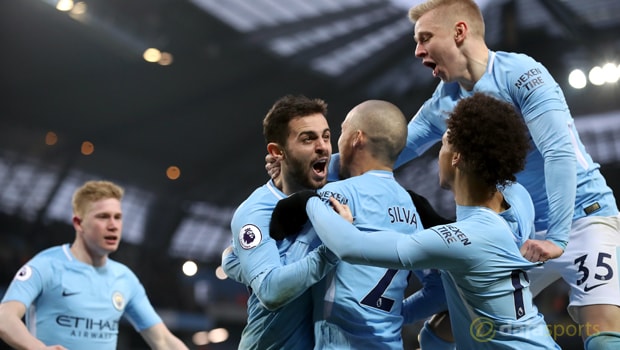 Bernardo Silva insists Manchester City are taking nothing for granted ahead of their Champions League last-16 tie against Basel, despite holding a 4-0 advantage.

The Citizens were imperious last month in Switzerland, blowing their opponents aside with a dominant showing against a team who have regularly caused Europe’s elite issues.

It means Wednesday’s game looks to be a formality but Silva is taking nothing for granted.

The Portuguese scored the second goal at St Jakob Park and has become a key part of the team in Raheem Sterling’s absence.

His strike in Sunday’s 1-0 win over Chelsea saw City take another step towards the Premier League title and he is again set to start against the RotBlau.

Pep Guardiola’s men have overcome a slight slump in recent weeks to blow their opponents away and are the 4.00 favourites to win the Champions League ahead of Barcelona and Bayern Munich, both of whom are available at 5.50.

Bernardo is 1.95 to score at anytime against Basel but says his team are not taking their foot off the gas, despite their advantage going into Wednesday’s game.

The 23-year-old reached the semi-finals of this competition last year with Monaco and acknowledges that his team will need to maintain their full focus.

He told the club’s official website: “In my opinion, Champions League games are never easy, but of course, when you win by 4-0 in the first round away, you’ve always a good advantage especially because now we are playing at home with our fans’ support.

“We’ll face the challenge with maximum confidence and stay focused, with the intention to win again.”