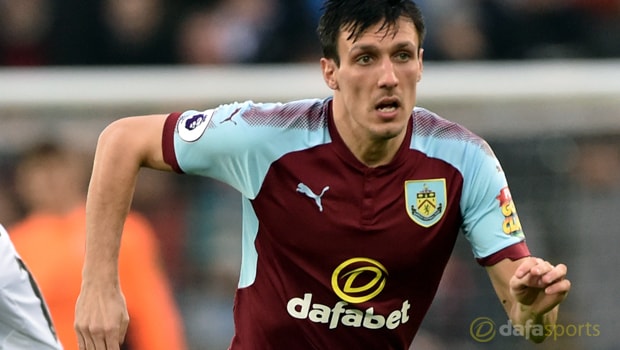 Jack Cork believes Burnley can now set their sights on a European finish after all-but guaranteeing their Premier League survival.

After a frustrating few months, the Clarets ended a run of 11 games without a win by beating Everton 2-1 on Saturday.

That moved them on to 40 points, the same total they managed last season, although this time around they have done it with nine games to spare.

Sixth-place Arsenal’s defeat at Brighton means there is now just five points between the pair and Burnley can start looking up rather than down.

However, with Manchester City winning the EFL Cup and a number of big teams still in the FA Cup, Sean Dyche’s men could still qualify for Europe if they stay in seventh.

Cork’s summer arrival from Swansea appears to have been a shrewd piece of business and he has been a regular feature in the middle of the park.

The 25-year-old says it is a relief to have achieved their goal for the season and believes the Clarets can now start to enjoy their football more as they aim for European qualification.

“The 40-point mark was always the main aim. With nine games remaining we’ll try and hit 50 points now if we can,” Cork said.

“That’s another new target for us. Obviously I’ve never played in the Europa League so it would be a great experience if we did manage to do that.”

Saturday sees Burnley travel to the capital to face West Ham in a game they are 3.40 to win, with the draw 3.20 and the Hammers 2.30 to triumph.