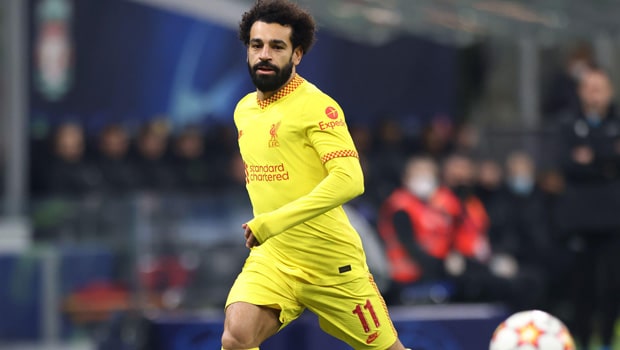 Former Manchester United right-back Rio Ferdinand has heaped praise on Liverpool striker Mohamed Salah. The Egyptian forward is in sublime form in the ongoing season and he has played a key role in the success of Liverpool. Ferdinand admitted that he didn’t expect Salah to become the player he is now when he joined the Reds back in 2017 from Roma.

Salah is currently one of the best players in the world and he has incredible skills to bamboozle the opposition defense. The talisman has already scored 20 goals in the ongoing season, with 13 of them coming in the Premier League. Thus, Salah is currently the leading goal-scorer in the EPL and he is four goals ahead of Jamie Vardy, who has scored nine goals.

Ferdinand said, “No, I honestly didn’t. I mean, he obviously went to Chelsea and didn’t set the world alight and that’s why he had to go on to find a new pathway to get to the level he’s at now.”

“But there are some players – you look at [Lionel] Messi, [Cristiano] Ronaldo, [Erling] Haaland, [Kylian] Mbappe – you lay eyes on them immediately. You go, ‘They’re going to be superstars.’ With him [Salah], it wasn’t that for me at the beginning. But the way he’s grown, the way he’s just developed into this player where he’s deciding games at will.”

“20 goals by December is an absolute joke. It’s out of order, really.”

On the other hand, former Liverpool striker Michael Owen added that the main improvement in Mohamed Salah’s game has been his finishing as he always had the speed. However, Salah now has a deadly combination of both speed as well as finishing, which makes him one of the best players in the world.

“The main improvement has been his finishing. He’s always been quick. Rio says we didn’t see too much in the early days, but we all saw his pace. What you can do as a finisher, there’s a couple of types. There’s obviously the instinctive finisher, the runs you can make and the timing of the runs, nicking across a defender when there’s crosses coming in, knowing where the ball’s going to land, it’s all instinctive.”

Owen added, “What he’s improved is his actual finishing. Normal finishing is about actual repetition, it’s about being in positions all the time. I learned it when I was growing up, I think he’s learned it later in life because he’s almost being put in the position [to score] a lot of the time now.”

Liverpool is currently in second place in Premier League standings with one point behind table-toppers Manchester City. The Reds will next face Aston Villa on 11th December at Anfield.