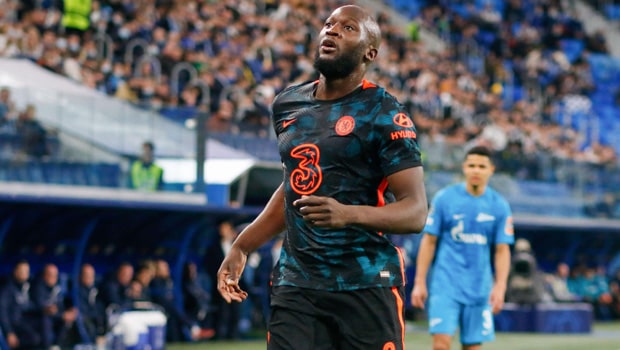 Romelu Lukaku scored his first UEFA Champions League goal in September when he scored Chelsea’s second goal of the night in St Petersburg against Zenit.

The Blues had already qualified for the next round of the competition, but they needed a win to be confirmed as the group winner or bettering Juventus’s result in Italy.

Chelsea led as early as the second minute through German forward Timo Werner, but the Russians equalized through Rodrigues Parisi Leonel in the 38’minute, before Azmoun put the hosts ahead just before half-time in the 41st minute.

Romelu Lukaku then hit Chelsea’s equalizer just after the hour mark. Timo Werner looked to have won the game for the blues when he calmly slotted past the goalkeeper with five minutes left on the clock.

However, with six minutes added on the clock, Zenith denied the Blues the win that would have seen them top the group with a stunning goal from the edge of the box, off the boot of Ozdoev in the fourth minute of added time.

With Juventus beating their Swedish opponents, Malmö, by a single goal, it was enough to see the Old Ladies finish top of the group while Chelsea in second will face group winners in the round of 16.

Meanwhile, a second string Manchester United were held to a 1-1 draw by Young Boys at the Old Trafford, Mason greenwood opened the scoring for the Red Devils as early as the 9th minute, but they couldn’t take the lead into halftime as the Swiss opponent equalised with four minutes left to play in the first half.

With Manchester United already through to the next round of the competition before the game, neither side could find the winner as the game ended 1-1.

United go through as group winners, but the group’s second-placed team would only be decided on Thursday afternoon when Atalanta host the Villarreal as their game was postponed on Wednesday evening after incessant snowfall.