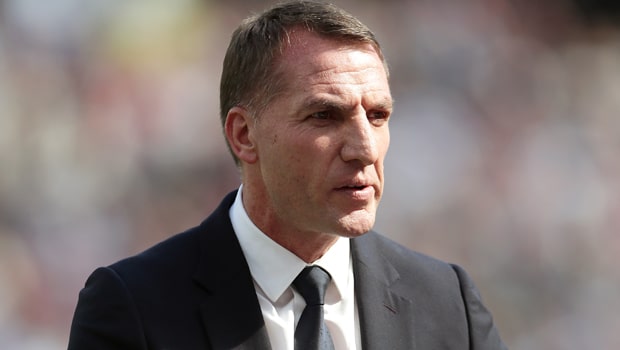 Brendan Rodgers says he will be signing new players this summer but will be looking at their character as well as ability.

The former Celtic boss has pushed the Foxes up the Premier League table since his arrival, winning four out of his first six matches.

They are now in seventh spot in the table, a position good enough for Europa League football next season if Manchester City beat Watford in the FA Cup final next month.

Rodgers says wherever they finish in the table, he will be looking to improve the Leicester squad.

Speaking of his approach to buying new players, Rodgers was more concerned with watching the player in action as well as meeting him face to face rather than relying on statistics.

He said: “In football, there’s no analysis of a player to tell me if he has a heart, and that he technically has a good first touch.

“Those are two key things you need in the make up of a player. Coming into the Premier League is always difficult.”

The Foxes travel to the London Stadium on Saturday to take on West Ham with the aim to hang onto seventh spot.

They are one of four teams all within just a point of each other in the bid to finish seventh with European football hopefully the reward, Wolves, Everton and Watford being the others.

Rodgers says in the four games remaining he wants to see the team continue to develop, adding: “We’re trying to produce a team that’s cohesive and plays in a structure which allows the talents and strengths of our game.”