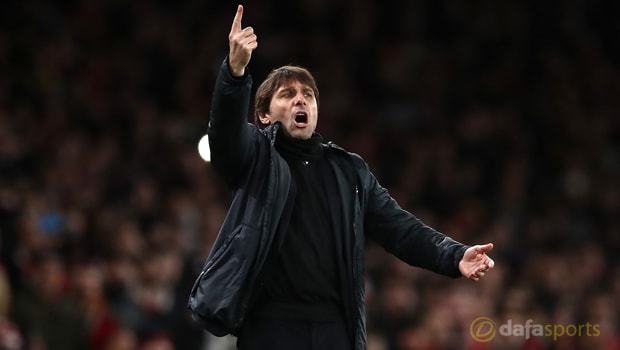 Chelsea boss Antonio Conte insists he will continue to fight for the club as the pressure builds after the 4-1 defeat to Watford on Monday.

Reports in the British press suggest Conte could soon be out of a job if the side’s form does not improve.

Chelsea never got out of second gear at Vicarage Road as Tiemoue Bakayoko saw red in the first half.

Troy Deeney opened the scoring before Eden Hazard looked to have rescued a point for the Blues.

However, Daryl Janmaat, Gerard Deulofeu and Robert Pereyra all scored in the final 10 minutes to pile the pressure on the former Italy coach.

When asked about his future, Conte told reporters he would fight on and do everything he could to help the champions climb the Premier League table.

He told Sky Sports: “No. It is not my problem. I try to do my job. I try to put everything in my job. If this is enough, it’s okay. Otherwise they can take their decision.

“I’m not worried about my job. I work every day and I give 120 per cent, okay? If this is enough, it’s okay. Otherwise, the club can take a different decision. But I’m not worried.

“Tomorrow is another day. I can be the Chelsea coach or not. Which is the problem? My soul is clear and, I repeat, I go to sleep without the problem that ‘maybe I could do this’. No. I try to do everything. If this is enough, okay, otherwise the club can take another decision.”

Chelsea are next in action on Monday and are priced at 1.36 to win against West Brom. The draw is 5.00 while the Baggies are priced at odds of 9.50.