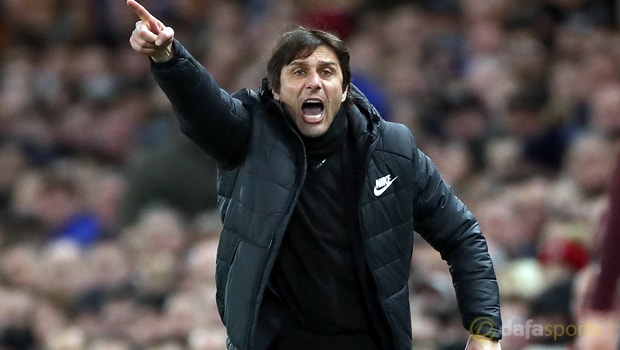 Antonio Conte believes Chelsea can “do something incredible” and knock Barcelona out of the Champions League after earning a 1-1 draw in the first leg of their last-16 tie on Tuesday night.

As expected, the Catalans enjoyed the bulk of possession but were unable to carve out any clear-cut chances for large periods of the contest, leaving manager Ernesto Valverde frustrated in the dug-out.

Brazil international Willian, who has been enjoying a regular starting role over recent weeks, hit both posts in the first half before his crisp strike from the edge of the area in the 62nd minute gave the hosts a 1-0 lead.

Argentine superstar Lionel Messi, who had failed to score against Chelsea in his previous eight Champions League meetings, levelled the scores 15 minutes from time to give the visitors a potentially crucial away goal.

The tie still hangs in the balance and Conte, who continues to be linked with a move away in the summer, is confident his side can get the job done at the Camp Nou.

“It won’t be easy,” he said. “We must be realistic because we are talking about Barcelona and they showed they are a really strong and fantastic team.

We can try to do something incredible in the Nou Camp and we must play an intelligent game – we are not stupid.”

The return leg takes place on Wednesday, March 14 and Chelsea are 34.00 to win the Champions League outright while Barcelona are second favourites at 5.50.