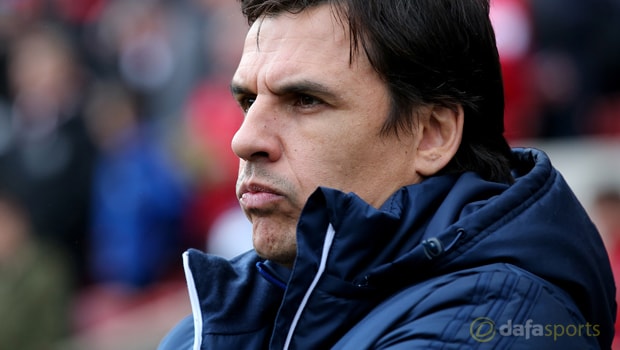 Sunderland are in real danger of suffering the humiliation of back-to-back relegations after defeat at the Macron Stadium saw the club drop to the bottom of the Championship.

The Black Cats’ winless run in England’s second tier has been extended to five matches and they are now three points adrift of Hull City, who have a game in hand, in 21st position.

Confidence appears to be at an all-time low for the Wearsiders and Coleman’s appointment has failed to have the desired effect, having won just four of 17 matches in all competitions since he took charge.

However, the former Wales boss is remaining in bullish mood and he believes there was enough on show from his players against Bolton to suggest they can turn their fortunes around.

“I think we were the better team over the 90 minutes,” he told the club’s official site.

“They got that goal which was incredibly fortunate but after that we really dictated.

“We have to march on, march forward, because I thought we showed good team spirit tonight and there was a good balance about us which is what we need moving forward.”

Sunderland take on rivals Middlesbrough on Saturday at the Stadium of Light and the hosts are 3.60 to pick up a much-needed three points.

The draw is priced at 3.40 while Boro are 2.05 favourites. Boro have won the previous five meetings, scoring seven goals and conceding just once, with the most recent encounter an FA Cup clash last month.