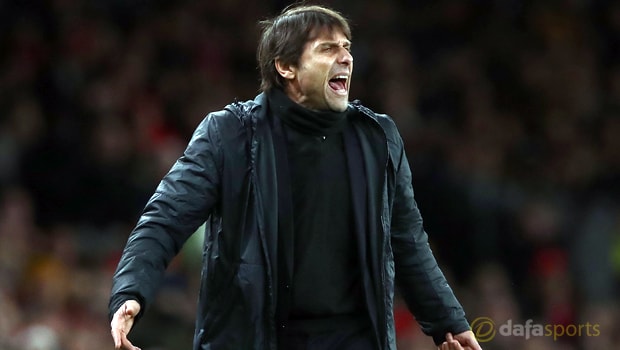 Antonio Conte believes his Chelsea squad are mentally and physically refreshed as they gear up to play three crucial games in the space of eight days.

Chelsea head into Monday’s Premier League clash with West Brom having lost two Premier League games on the bounce, while they have only won once in the league since the turn of the year.

Conte is desperate to see his men finally get back on track at Stamford Bridge as they attempt to climb back into the top-four with a victory against rock bottom West Brom.

The Italian opted to give his squad three days off following their most recent loss to Watford and he believes they will benefit mentally and physically from the short break.

In fact it was the first time Chelsea haven’t had a midweek fixture to contend with since the last international fixtures in November and Conte was keen to make the most of it.

Conte said: “For sure, to have a bit of rest after a busy period, I think it was important.

It was important for them, to try and stay with their families, to spend more time with themselves, to give them the opportunity to breathe and not think about us.

“In Germany, France, Spain and Italy, this happens (a midwinter break). Only in England this doesn’t happen.

I think it’s the same for the coach (to have a break) because you need to prepare a new game every three days.

“But for us we didn’t need to recover the physical situation. Mentally, though.

I think you can recover after mental fatigue. Yes. They were very happy to have had three days off. To see me after three days off, yes.

“I think we are ready to face the game against West Brom, then to play against Hull City and then Barcelona. We must be ready to play three games in eight days. We are ready, I think.”