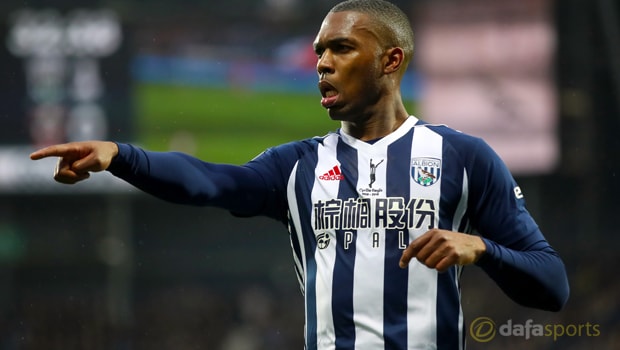 Gareth Barry insists West Brom loanee Daniel Sturridge has lifted spirits in the changing room and believes his goals can fire them to safety.

vThe Baggies are priced at 1.44 to be relegated and currently sit rock bottom of the Premier League, winning just three of their 26 outings, and they are seven points from safety as they prepare to face Chelsea on Monday.

West Brom’s most recent taste of victory in the league came at home to Brighton on January 13 but they head to Stamford Bridge off the back of successive defeats.

Alan Pardew, who was drafted in to replace Tony Pulis in November, added Sturridge to his attacking options last month, however, he is yet to hit the back of the net in two outings.

The Liverpool striker is hoping to use his six-month loan spell at the Hawthorns to boost his chances of heading to the 2018 World Cup in Russia and Barry believes the loan switch can be beneficial for all parties.

“A big name like Daniel coming in, with what he’s done in his career so far and the amount of goals he scores, to be working with him has been fantastic for everyone.

“We’re hopeful he can hit the ground running, starting with one of his old clubs on Monday night, and then get some goals between now and the end of the season.

“They’re going to be vital for us to get us where we want to be.”