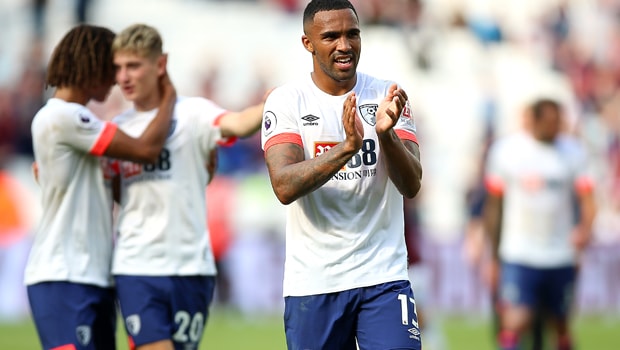 The 26-year-old had suffered two serious knee injuries during his career but has been in sparkling form in the opening two weeks of the campaign, scoring against both Cardiff City and West Ham United.

Wilson, who returned from his second major knee injury in October last year, moved to the Cherries from Coventry City for £3million four years ago and now has 41 goals to his name in 108 league appearances for the club.

Howe said: “Whenever you get a long-term injury, you go through a lot mentally. There is a lot of soul-searching and you have a lot of time to think, which is not always a good thing.

“But I had no doubt Callum would come back well because of how strong he is and how well he deals with those moments.

“It seems to have made him more determined to maximise every moment of his career.

“I’m so pleased for him regarding the way he has started the season because that will give him a real lift.”

Meanwhile, Howe thinks there is much more to come from his side who have six points out of six at the start of their fourth top-flight campaign in a row.

The Cherries, who were playing in the fourth tier of English football a decade ago, have finished 16th, ninth and 12th in the last three seasons, and Howe added: “I’m excited that the team have played so well in the two games, but know that there is more to come.

“There are players that we haven’t seen yet who I think can really contribute to the season – I think that’s really exciting for everybody.”

Bournemouth are 2.60 to beat Everton on Saturday while the draw is available at 3.50.