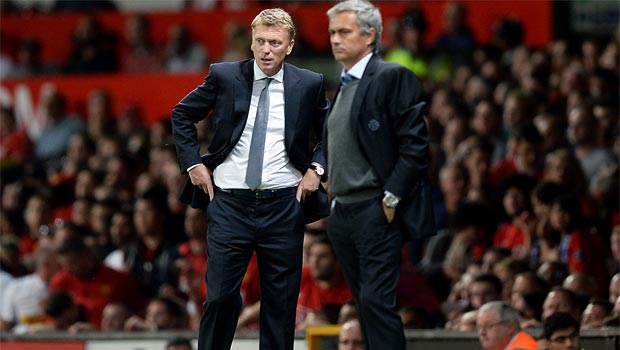 Chelsea boss Jose Mourinho claims Manchester United are not out of the race for a top four finish.

United boss David Moyes has endured a difficult start to his tenure at Old Trafford, having replaced Sir Alex Ferguson following his retirement at the end of last season.

The defending champions are seventh in the Premier League and nine points adrift of Liverpool, the side who currently occupy fourth spot.

United were held at home by bottom club Fulham on Sunday and a place in next season’s Champions League looks unlikely for the Red Devils, but Mourinho insists they could yet mount a challenge for a top four spot.

“They can, it’s not easy, they know that. They know that they are in the limit for the top four,” Mourinho said what asked if he thought a top four finish was still possible for United.

“And they also know that teams like us, Liverpool, Arsenal, are doing okay and it is not easy for them to close such a big gap, but it’s possible.

“I feel sorry for them, I never enjoy when somebody is having some problems like they have but United is United and David is experienced enough to cope with the situation and the future will be better for them.”

The Red Devils face a huge test on Wednesday as they travel to Arsenal, who are also seeking to bounce back from a disappointing result having lost 5-1 at Liverpool last time out.

United are 3.53 to come away from the Emirates Stadium with all three points, the draw is 3.13 and Arsenal can be backed at 2.14.