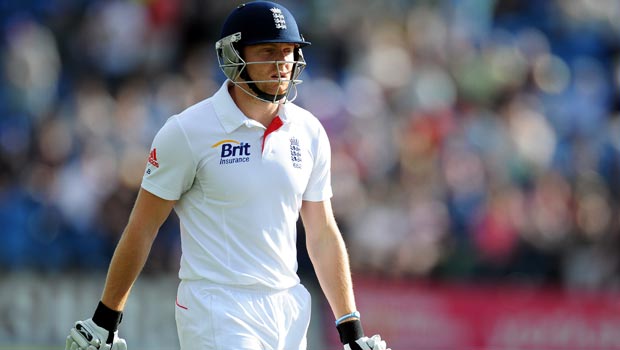 England batsman/wicketkeeper Jonny Bairstow will miss the start of the domestic cricket season after suffering a hand injury while playing for Yorkshire in a friendly against Northampton.

The 24-year-old fractured a finger on his left hand after attempting to take a ball from Liam Plunkett in the three-day match and will now be sidelined for up to six weeks.

Yorkshire coach Jason Gillespie hopes Bairstow will be fit for club and country as soon as possible.
Gillespie told his club’s official website: “It is a devastating blow for Jonny.

“He has been working incredibly hard to put in some strong performances for Yorkshire during the early part of the season to enhance his England credentials.

“It is a great shame for him and I know that he is really disappointed with the news.”

Hopes are high that Bairstow will be fit for England’s first Test against Sri Lanka at Lord’s on June 12.

Gillespie continued: “He will be working hard on his rehab and we remain hopeful that if the fracture can heal quickly, he could be back sooner.

“It was an innocuous injury. In these circumstances Jonny would take that ball a hundred times without any problems. Things like this can happen in professional sport.

“It is how you deal with it that matters most and I know that with his (Bairstow) positivity, he will be chomping at the bit to get back to playing for Yorkshire as soon as possible.”

One piece of goods new for both England and Yorkshire is that opener Joe Root, who is recovering from a badly broken thumb, should be fit to return by the end of the month.

“All being well, that game at Middlesex (on April 27) is one I’ll be looking to try to play in,” Root said.