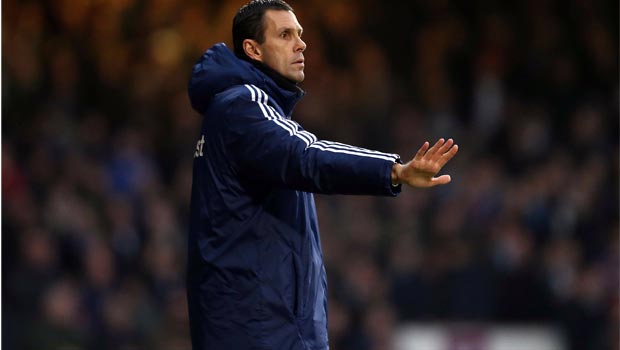 Sunderland may be heading into the New Year at the foot of the Premier League, but manager Gus Poyet is confident that he can pull off the great escape and save the Black Cats from the drop.

Things did not look particularly good on Saturday as a fantastic Cardiff performance established a two-goal lead for the Welsh side only for Sunderland to come on strong at the death and snatch an unlikely point.

Steven Fletcher and Jack Colback scored the vital goals for the Wearsiders with the latter netting deep into injury time, and that seems to have given Poyet more confidence about his team’s prospects.

Historically, the bottom position at this stage does tend to result in relegation, but Poyet is not interested in the past and believes that it could all change very quickly.

“I do feel we will be in the Premier League next season because we are back there with the other teams. When I took over there was a big gap to the teams in the middle of the table, now we are one win away from getting out of the relegation zone,” Poyet said.

“That is a great feeling for the players and the fans. It is now up to us, we are five games unbeaten.

“When you are at the bottom people do not notice that, but we had been defending well until this game and we scored today.

“We are going in the right direction so let’s hope we can maintain that consistency in the New Year and get another three points.

“We have character and desire and we are going to fight.”

Premier League before travelling to fellow strugglers Fulham on January 11, with the Cottagers having just been thumped 6-0 by Hull City.