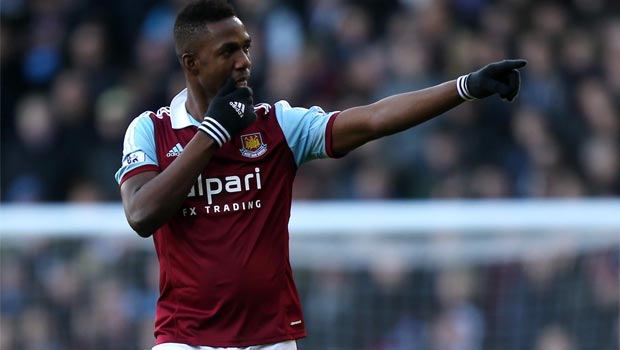 Modibo Maiga insists that there is not too much wrong in the West Ham camp and believes that they can climb away from the drop zone, despite the club currently sitting in 19th place in the Premier League.

The Hammers managed to bounce back from their 3-1 Boxing Day defeat to Arsenal by picking up a point against West Brom on Saturday, although there will be an element of disappointment as the side had twice held the lead.

West Brom are currently one of those sides in the relegation mix and a win for either could have been key, but the spoils were ultimately shared as Maiga came off the bench to score one and set up another in the 3-3 draw.

The Hammers have dropped into danger on the back of a disappointing month as they have picked up just two points from six league games in December, but Maiga believes that there are not too many problems at Upton Park, although he concedes a lack of confidence could be an issue.

“I think overall there’s not much wrong, perhaps a slight lacking in confidence,” he said.

“The only solution is to work hard. Hard work and then, ultimately, we’ll see how it goes. We’ll carry on working hard and I believe it’s just the small things that are missing right now – but we’ll be okay.

“Every point is important and the most important thing on Saturday was not to lose. We’ve got to try to continue to play as we did in the second half.”

West Ham have a massive game coming up against fellow strugglers Fulham at Craven Ciottage on New Year’s Day before an FA Cup clash at Nottingham Forest and a Capital One Cup semi-final first leg against Manchester City, ahead of a Premier League return at 16th-placed Cardiff City on January 11.