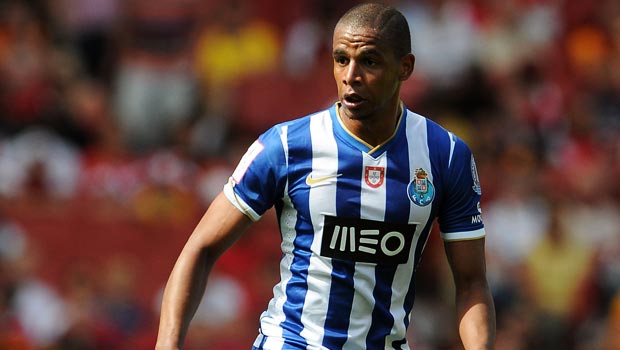 Porto midfielder Fernando hopes to complete his move to Premier League champions Manchester City “by the end of his week” according to the player’s agent.

Fernando has been widely linked with a move to the Etihad Stadium this calendar year after City boss Manuel Pellegrini failed in a bid to sign the Brazilian in January.

Porto have now reportedly agreed a £16million fee with City and the midfielder is now waiting for the relevant paperwork before travelling to England for a medical.

“Everything is in Porto’s hands and we hope to finalise the transfer by the end of the week,” said Fernando’s representative Antonio Araugo.

“Fernando is in the city of Porto waiting for Porto tell him their decision about the documents they have received so that he can travel immediately [to Manchester].”

Fernando will not require a work permit to join Manchester City as he has a Portuguese passport, after the Brazil-born player acquired dual citizenship in December.

The 26-year-old will become Pellegrini’s first signing of the summer and is expected to be deployed in a holding role, which will allow box-to-box midfielder Yaya Toure, who scored 20 Premier League goals last season, more freedom.

Fernando, nicknamed The Octopus in Portugal, joined Porto in 2007 after emerging through the youth system of Brazilian side Vila Nova.

He is yet to represent Brazil at international level and has not been called up by Luiz Felipe Scolari for this summer’s World Cup in his native homeland, while he was also overlooked by Portugal boss Paulo Bento.

Fernando made 25 appearances in the Primeira Liga last season as Porto finished in third place.

He has won the Portuguese top-flight three times in his career and was a part of the team that won the UEFA Europa League in 2011.