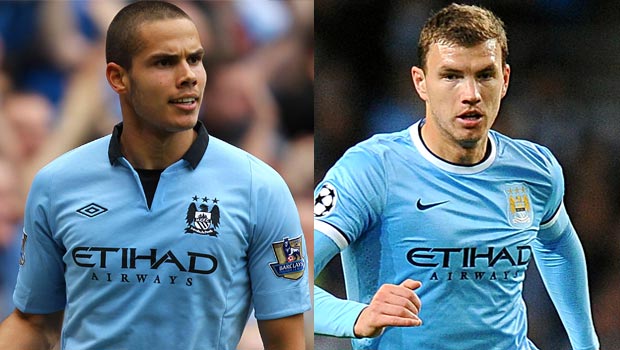 Manchester City manager Manuel Pellegrini has insisted that striker Edin Dzeko and midfielder Jack Rodwell will not be allowed to leave the club in January.

Dzeko has seen his first-team chances at the Etihad Stadium fall away thanks to the form of Sergio Aguero and Alvaro Negredo. The Bosnian striker may have a chance to impress in the next few weeks though as Aguero is sidelined with a calf injury. He took his opportunity on Saturday when he scored the winning goal in their hard-fought victory over Crystal Palace.

Recent reports had suggested that the former Wolfsburg forward will look to leave the club, with the 2014 World Cup on the horizon, but Pellegrini insists he is going nowhere as he eyes more trophies.

“There was never any chance of Dzeko going in January,” said Pellegrini. “He is a very important player for the team.

“If you look at the last month I think Dzeko was one of the players that played the most minutes in December. He has continued to be a very important player for us.

“I think he is happy here. He is an important striker and could have a lot of offers from other clubs but there is never a chance of him leaving.”

Rodwell is another player who has struggled to force his way into the first-team picture, but his progress has been hampered by a number of injuries. Early transfer rumours had suggested he may be loaned out, but Pellegrini claims he still needs him at the club.

Manchester City travel to Swansea on New Year’s Day without Aguero of course while David Silva is also suspended for the trip. Martin Demichelis, Stevan Jovetic and Micah Richards are also unavailable through injury although Joe Hart is set to keep his place in the side, despite needing five stitches for a facial wound, picked up in the weekend win over Palace.