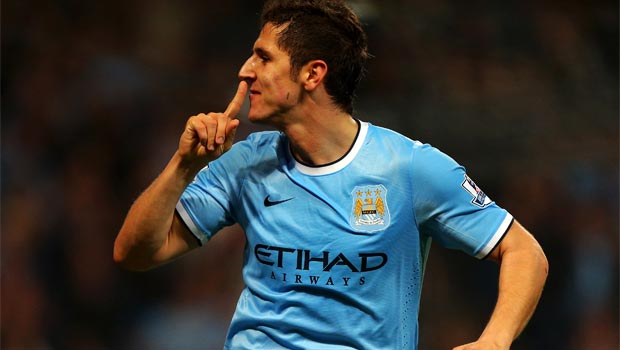 Jovetic joined City from Fiorentina in the summer and was tipped to make a big impression in the Premier League after starring for the Italian side in Serie A.

However, the 24-year-old has struggled with injuries so far this season and he has been restricted to just 10 appearances in all competitions for the title contenders – the last of which came against Newcastle in the 2-0 League Cup win at the end of October.

Pellegrini said it was important to get Jovetic back into his first-team squad as soon as possible and, while he may not be able to play the full 90 minutes against the Hammers, it should be a good chance to give him an outing of some sort as he moves closer to full fitness following hamstring and calf problems.

“It’s an important chance for him to come back to play but I don’t think he’ll be able to play from the beginning or play 90 minutes,” Pellegrini said.
“We’ll talk with the doctor and if he doesn’t have any risks then maybe he will be in the squad.

“He can really start playing often in the next three months and I think he can be the player we hoped he would be.”

City hold a huge 6-0 lead from the first leg against Sam Allardyce’s side so the second leg at Upton Park should be a formality before they can then begin to prepare for the final at Wembley against either Sunderland or Manchester United next month.

Pellegrini is expected to make plenty of changes and make full use of his big squad in the game, but they are still favourites at 1.43 to come out on top over the 90 minutes, with the Hammers on offer at 5.82 to win the second leg and the draw is available at 4.79.