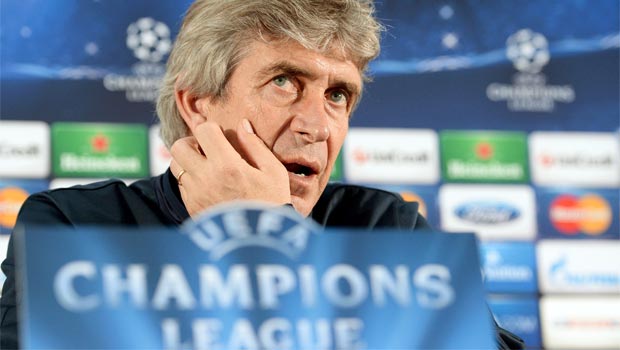 Manchester City manager Manuel Pellegrini might live to regret his lack of understanding of the Champions League rules despite Tuesday’s superb victory over Bayern Munich.

Both clubs had already qualified for the last 16 of Europe’s elite club competition but top spot was still up for grabs, with the possibility of an easier opponent in the first round of knock-out matches.

It seemed likely that, with the Allianz Arena a fortress and the Bavarians in great form, it would be the Germans who came away with the spoils to top the group.

But, despite the hosts taking a well-deserved, two-goal lead early in the contest, the visitors came roaring back with goals from David Silva, an Aleksandar Kolarov penalty and a 62nd-minute striker by James Milner to lead 3-2.

That meant that, as it stood, the clubs were locked together on 15 points and had the same goal difference in the games between the two sides.

But the Bundesliga outfit still topped the group as they had scored one more goal than City over the two matches.

The Premier League club needed just one more goal to match Bayern’s total and would then have sealed top spot by virtue of having scored more away goals in the pair of contests with Pep Guardiola’s men.

But, when asked why he had not introduced Sergio Aguero to push for the all-important fourth goal late in the game, Pellegrini said he would have been “tempted if we scored the fourth goal,” suggesting that he was unaware of the situation.

Instead he brought on midfielder Jack Rodwell to make sure of the win and, while it was still a great night for the Etihad Stadium club and the introduction of the Argentinean might not have yielded a goal, such small details can make a big difference in the long run.