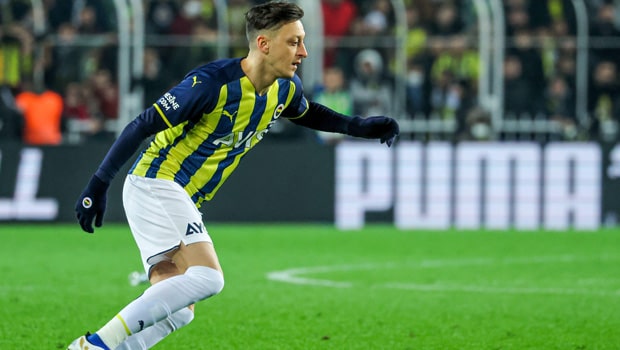 Mesut Ozil’s situation at Arsenal was very controversial, and his departure from the club came about quite unpleasantly.

The player was frozen by Mikel Arteta and could not see more action in the Emirates. At the same time that this was happening, all the players on the team were asked to accept a 15 per cent pay cut due to the financial problems that the club was going through due to the Covid pandemic.

However, Ozil refused to accept the pay cut, something for which he was harshly criticized and which ultimately was used to make the player lose favor with the fans.

In the end, all the players agreed to a 12.5 percent pay cut, but Ozil refused this deal, which caused the player to be further isolated.

But Ozil’s agent Erkut Sogut has given statements about why his client did not accept the pay cut.

In an interview with Arsenal Fan TV, Sogut commented,

“With the salary cut, he asked me, ‘Where is the money going?’,” said Sogut. “Mesut wanted assurances from the club that they wouldn’t fire anyone. That management would have a salary cut too.

“If that assurance was given and signed, he would have taken more than a cut. Thirty per cent. He wanted to know where the money was going.

“If it was to buy another player, he didn’t want to do it. If it was to secure the workplace, he wanted to do it.”

In addition to requesting the pay cut from the players, the Gunners made 55 staff redundant. Something that apparently annoyed Ozil, and for this reason he flatly refused to accept the pay cut.

In fact, Ozil himself offered to cover the salary of long-term club employee Jerry Quy, who played the role of mascot Gunnersauru. Something that the fans considered a public relations stunt to save the deteriorated image of the player.

Sogut added that Ozil’s mentality is one of helping and sharing. “He grew up in a very poor background, with his mum and dad going to work doing cleaning. He wasn’t from a good financial background. Football was the exit from that.

“His mum brought something to his house from him in London. It says, ‘My son, you are gifted by God. If you do n’t share this with people in need, you are not my son. ‘

“So this boy has the mentality of sharing. We used our box at the Emirates for kids with cancer. Every home game. He started a relationship with these kids. He was always giving.”