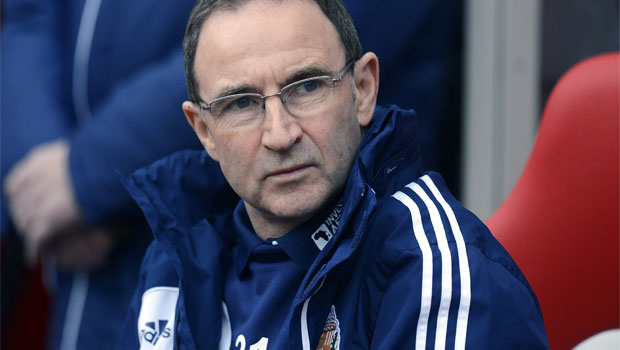 Martin O’Neill is set to be the new Republic of Ireland boss, with Roy Keane to be named as his assistant.

O’Neill, who enjoyed a successful spell at Celtic, and was in charge at both Aston Villa and more recently Sunderland, is expected to be officially unveiled on Saturday.

He takes over from Italian Giovanni Trapattoni, who left after the national side finished fourth in the World Cup qualification campaign. Many did not like his negative tactics that were highlighted when they were outclassed in Euro 2012, and will see the appointment of O’Neill as a positive step forward.

FAI chief executive John Delaney said: “Almost done now. There’s nothing I think that will be an impediment in terms of Martin being manager and Roy as his assistant.”

Keane famously walked out on the international side on the eve of the 2002 World Cup, and few thought it likely that he would ever be considered for a leading role, but Delaney brushed such thoughts aside.

“Anything that would have been said by Roy or I to each other or about each other is now irrelevant,” he said.

“He (Martin) asked what the association’s view would be in terms of Roy being the assistant and I said absolutely no problem. I met him (Roy) last week and we’ve discussed the past. It was discussed for about 30 seconds.

“This is a rollercoaster that me and most of the Irish people are looking forward to.”

Like O’Neill, Keane had a brief spell in charge at Sunderland, and had an unsuccessful time at Ipswich, but will relish the new set-up, with O’Neill above him to take the pressure off.