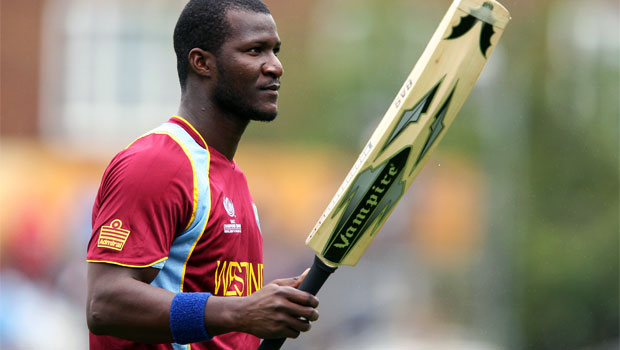 Ahead of the two-Test series that begins on Wednesday, West Indies captain Darren Sammy is aware of the power of India’s batsmen.

All eyes of course will be on the legendary Sachin Tendulkar as he prepares to bow out on a high, but his colleagues in the batting department have all been in better form, a fact not lost on Sammy.

“We have respect for India. When you look at their recent one-day series (against Australia that India won 3-2) their batsmen have been in good nick. No one wicket is the prized wicket. Everybody in the top six minus Vijay has been playing really good and has been in good form. It would be a tough battle for our bowlers,” he said.

“They (India) have been playing a lot of one-day cricket. They have been on the go. It was a run-fest in the last one-day series. So, hopefully their batsmen will come out playing a lot of shots and we will get some edges down at slip or some lbws or some bowled outs.

“They will be in that same frame of mind and make more mistakes early up in their innings.”

Tendulkar chose his hometown Mumbai’s Wankhede Stadium as the venue for his 200th and last match, but no less than 65,000 patriotic fans will crowd into Eden gardens to see the great man.

They will, however, not want reminding that their idol has not actually made a century in any of his last 39 innings, and has only passed 50 twice in his last 20.

It rained last week in Bengal, but since then the wicket has dried out, and the promised fast conditions should make for an interesting encounter.