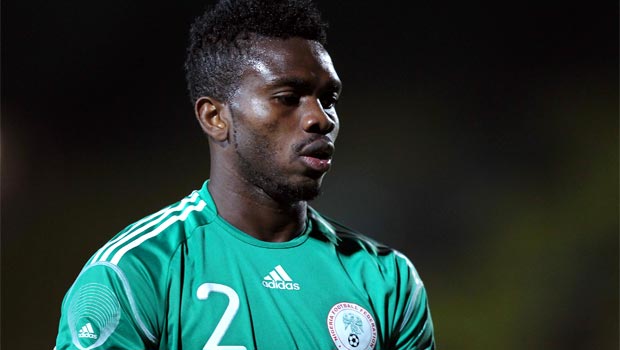 Norwich manager Chris Hughton is hoping that new arrival Joseph Yobo can offer some vital experience to the Canaries’ rearguard after the powerful defender secured a temporary switch to Carrow Road.

The former Newcastle boss completed a surprise deal on Thursday when bringing in the ex-Everton player on loan, with the move coming somewhat under the radar.

The Norwich defence have leaked goals this season, 35 in total, leaving them with one of the worst records in the Premier League and the decision to bring in the Nigerian captain could prove to be a master stroke by the Canaries manager.

Yobo has a wealth of experience in the English game and with current defender Michael Turner struggling with injury, Hughton believes that the new arrival will act as perfect cover as they continue to fight for survival.

“As most know we’ve got a problem with Michael Turner, who’s got a hamstring pull which will continue to keep him out for a fair amount of time, so it’s an area we needed to fill,” he said.

“Of course what Joseph is about is that he’s someone who knows this division very well, and has great experience.”

Norwich face an away trip to bottom of the table side Cardiff City on Saturday and have the chance to give themselves some breathing room in the relegation battle. The visitors though are being seen as 3.20 underdogs to claim victory, having won only twice and scoring just seven goals on the road all season.

Ole Gunnar Solskjaer has been busy in the transfer market this month and he will be hoping his new signings, including loan arrival Wilfried Zaha, can turn around the Bluebirds’ troubled season – with Cardiff, 2.21 favourites to win, being the lowest scorers at home in the division however, this does not promise to be a classic.