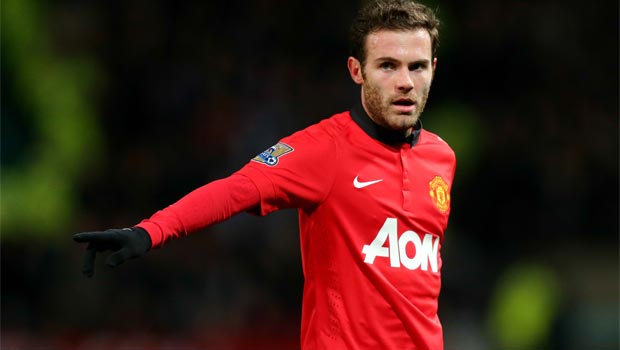 New Manchester United signing Juan Mata has admitted he is expecting a very physical challenge when the Red Devils travel to the Britannia Stadium on Saturday for a clash against Stoke City.

The former Chelsea midfielder, who arrived at Old Trafford for a club record £37.1 million earlier this week, has said that it will be very tough for the side to come away with all three points.

“It has always been difficult to play against Stoke,” he said.

“They like to play long balls and are a physical team but we just need to play our own game with the quality players we have.”

Mata has provided the whole United team with a huge boost since his arrival, making an instant impact on his debut against Cardiff City on Tuesday, with the side coming out with a 2-0 win.

United’s form this season has been erratic and they currently look unlikely to defend their league crown, priced at 67.00, sitting in seventh place on 40 points, a massive 13 off league leaders and fierce rivals Manchester City.

However with the signing of Mata, and the return of Robin Van Persie and Wayne Rooney to the starting line-up, the defending champions are strongly fancied to claim back-to-back wins at 1.55 on Saturday and maintain their push for the Champions League places.

Stoke on the other hand need a win for a much different reason as they have been in a dismal run of form which has witnessed the side slip to 16th place in the table, just three points clear of West Ham United who occupy the final relegation spot.

The Potters will be looking to end a run which have seen them take just one point from a possible 18 in the league, although they are seen as massive outsiders despite being at home, priced at 6.73 to claim a valuable three points, with the draw on offer at 3.62.

Stoke are currently priced at 5.00 to go down, although the recent arrival of Peter Odemwingie could be the boost needed to turn their fortunes around.