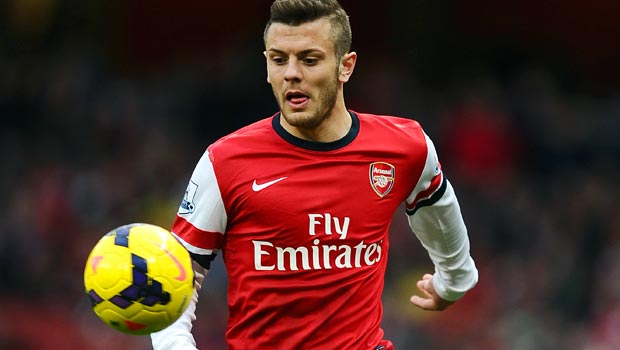 Jack Wilshere will return to the Arsenal squad that takes on Norwich this weekend but Arsene Wenger is refusing to say how much game time he will get.

Wilshere has been on the sidelines since suffering a fractured foot while playing for England against Denmark back in March and in his absence he has been a big loss for the Gunners.

With Champions League football in the bag Wilshere is now hoping to prove his match fitness to England boss Roy Hodgson ahead of the World Cup finals in Brazil.

The 22-year-old may not start but he is expected to play some part and Gunners boss Wenger believes he will be ready for the World Cup, if as expected, Hodgson selects him.

Wenger also confirmed he has no fresh injury worries, and as well as Wilshere, he could also welcome back key midfielder Aaron Ramsey.

“We have everybody who played against West Brom available. We could have the return of (Aaron) Ramsey and Wilshere could be in the squad as well for Sunday,” Wenger said.

“I don’t know (how much game-time Wilshere will get).

“He will be ready for the World Cup. For the rest, I do not want to make an individual case of anybody.

“What is important is the team and that we prepare well as a team.”

Alex Oxlade-Chamberlain is also hoping to prove he is fit enough to make the England squad after missing several months of the season with a serious knee injury.

The winger has recovered from that but is now struggling with a groin injury and Wenger will not rush him back.

“He has not at all practiced with the first team,” Wenger said.