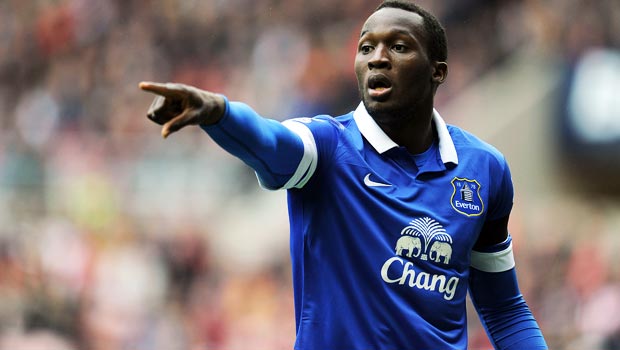 On-loan Everton hotshot Romelu Lukaku’s future is unlikely to be decided until after the World Cup, according to Toffees boss Roberto Martinez.

The towering Belgium international has been a goalscoring revelation in two separate season-long loan spells away from parent club Chelsea, netting 14 times for Everton this season after 17 goals in the previous campaign for West Brom.

Despite his impressive form, Chelsea boss Jose Mourinho reportedly does not regard Lukaku as the answer to the Blues’ well-documented problems in front of goal and he will be allowed to leave should a suitable replacement be found with Atletico Madrid’s Diego Costa top of his wish-list.

But Everton boss Roberto Martinez has made no secret of his desire to keep Lukaku on Merseyside and has £20million to spend in the summer, while Arsenal and Spurs have also been linked with a move for the player, who will not be short of takers throughout Europe should he become available.

Martinez admits the situation is out of his hands at this present moment in time. He said: “We’ll see what’s the best thing for everyone.

“But everything will be in stages, how Chelsea are doing in their own squad and how that frees some players.

“It’s going to take a bit of time and I don’t think Romelu’s situation is going to be resolved before the World Cup, in truth.”

Attempting to shed some light on the situation, Lakaku’s agent commented: “That they (Chelsea) want to bring in a big-name striker has been well-documented. But Chelsea need lots of great strikers,” he told footmercato.net.

“And if there are too many, they’ll choose to allow Romelu to leave. But if they think there aren’t enough forwards, perhaps Romelu will say, ‘I’m interested in prolonging the adventure.’ But it’s still too soon.”