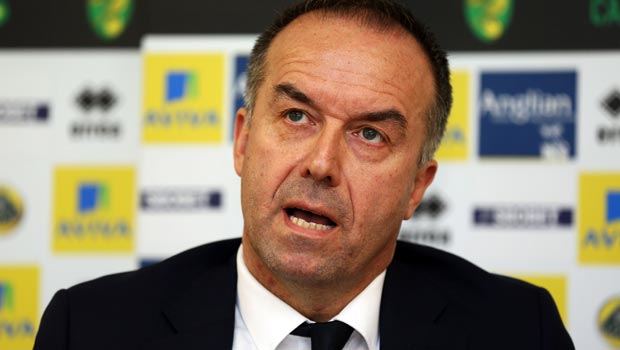 Norwich City’s chief executive David McNally has confirmed that they will look to announce a new manager this week after admitting the search has taken longer than expected.

The Canaries’ three-year stay in the Premier League came to an end when they were relegated back to the Championship along with Cardiff City and Fulham.

The club attempted to stop the rot by sacking Chris Hughton in early April and replaced him with youth coach Neil Adams for the final five games of the campaign. The move failed as Norwich only managed to collect one more point and that was not enough to avoid the drop.

McNally revealed following the final day 2-0 home defeat against Arsenal eight days ago that a new permanent boss would be announced within a week.

That deadline has now passed, but he has spoken out to confirm that they expect to have a new man at the Carrow Road helm in the coming days.

“It will probably take a little longer but not a lot,” said McNally.

“We are pleased with the way the search is being managed, it will perhaps take a few days longer than indicated but that is days and I’m sure Norwich City fans are more concerned that we do the right thing rather than hit a deadline.

“We’ve said from the moment we were relegated that we feel frustrated, hugely disappointed and embarrassed that we’d been relegated to the Championship.”

Former player Malky Mackay has been heavily backed to make a return to the club as manager given that he is currently looking to get back into management following his harsh sacking at Cardiff midway through this past season.

Reports claim Gianfranco Zola has been interviewed for the job, while Celtic chief Neil Lennon and Adams, who was interim boss at the end of the season, are also in contention.