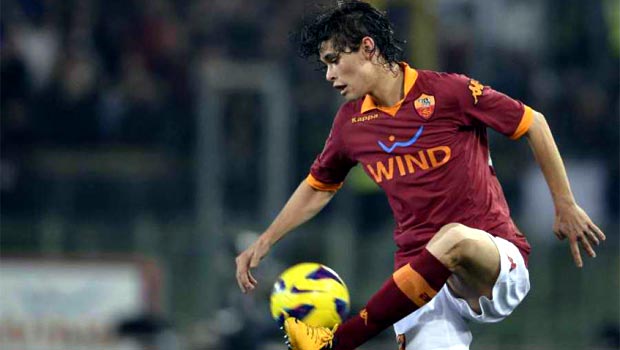 Roma defender Dodo hopes that victory over Lazio in the Rome derby will have a positive effect on results over the rest of the season.

Rudi Garcia’s men won their first 10 Serie A matches this season and the 2-0 ‘home’ success over their capital rivals back in September was part of a run of results that saw them top the table.

But form and results dipped slightly after the winning sequence came to an end and Juventus knocked them off their perch before opening up a nine-point gap at the top of the standings.

But the Romans, who are priced at 2.00 to win, have still only lost one league match this term and are looking good for a top-three finish to guarantee qualification for next season’s Champions League.

The club have returned to winning ways in recent times with four wins and a draw from their last six outings, while Lazio have also rallied with three wins and two draws and can be backed at 3.76 to claim the spoils on Sunday.

It looks set to be cracking affair at the Stadio Olimpico and Dodo, who will miss the game with a thigh injury, is hoping his team-mates can take the points to start another winning run going into the business end of the campaign.

“The win the first stage of the season helped so much in giving confidence to the team, we hope that this return derby will help us in the same way,” he said.

Federico Balzaretti is also unavailable for Roma, meaning Vasilis Torosidis will play, with Radja Nainggolan and Adem Ljajic likely to start on the bench.

Lazio coach Edy Reja is reportedly experimenting with a four-man defence, but it is unclear whether he is will use it in the derby.

Should he stick with three defenders, Luis Cavanda will play in midfield, while Stefano Mauri

looks set for a place on the bench after serving his six-month ban that followed the match-
fixing investigation.