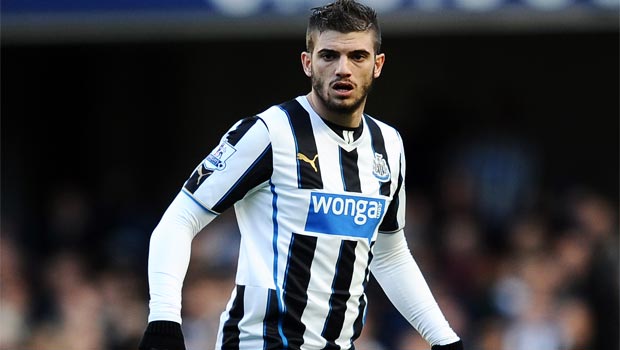 Pardew has made the comparison due to Santon’s ability to play in a number of positions, with the Frenchman featuring at left-back, right-back and in midfield.

The 37-year-old is now a member of David Moyes’ coaching staff at Old Trafford and Pardew insists that the pair can be compared due to their versatility.

Santon has been a key part of the Magpies’ defence this season, helping them into ninth in the Premier League, 10 points behind fifth-placed Tottenham who occupy the Europa League qualifying spot.

Pardew told the Northern Echo: “When I look at someone like Phil Neville, Santon could in my opinion be the Phil Neville of this football club.
“A kind of unsung hero, like Phil was at Man United. You look at when they won trophies, he was very important.

“The important thing is that Davide’s got a long-term future at this club. He’s still only young and is gaining such experience.

“He can play right-back, left-back and now he has shown he can play central midfield, so you’re looking at one very important player.”

Santon will once again line up for the Magpies when they take on Aston Villa a week on Sunday. They can be backed at 2.08 to win, with Villa 3.16 to pick up the three points.