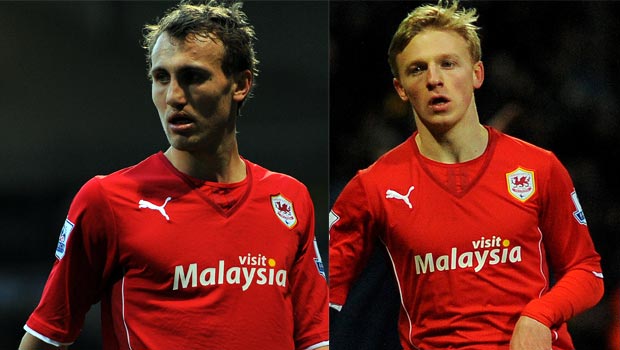 Cardiff City are close to making a double signing in a bid to help stave off relegation from the Premier League.

The Bluebirds now priced at 1.95 to do down, alongside Fulham, and only Crystal Palace shorter in the betting at 1.80.

New manager Ole Gunnar Solskjaer has been busy already in the January transfer window, bringing in Norwegian pair Magnus Wolff Eikrem and Mats Moller Daehli, but needs some strikers, and has wasted no time in making a move for out-of-favour Manchester United forward Wilfried Zaha along with Stoke striker Kenwyne Jones.

Both players are currently at St George’s Park for medicals and are expected to put pen to paper in the next 24 hours.

For Zaha, it is a chance to get some much needed first-team action ahead of the World Cup, as with Theo Walcott sidelined, the under-21 winger will hope to impress England boss Roy Evans enough to figure in his plans.

Since joining Manchester United from Crystal Palace, Zaha has made just four appearances this season, two of those as substitute.

Zaha looked to be heading for the big time after helping Palace gain promotion with some stunning displays, and is still young enough to make his mark in the Premier League, if given the chance. A reported fee in the region of £1.5 million could turn out to be a shrewd piece of business by Solskjaer.

Meanwhile, Stoke striker Jones is ready to join the Bluebirds in a swap deal that will involve Peter Odemwingie moving to the Britannia Stadium. Jones has been out of favour at Stoke since making himself unavailable for the home game with Liverpool that resulted in a 5-3 loss.

His application may at times be questioned, but nevertheless Jones will add some weight to the Cardiff attack if the move goes through as planned.

Cardiff are currently bottom of the Premier League table with 18 points from 22 games, and face a trip to Manchester United – who may include new record signing Juan Mata in their line-up – for which they are available at 11.43 to win, on Tuesday.