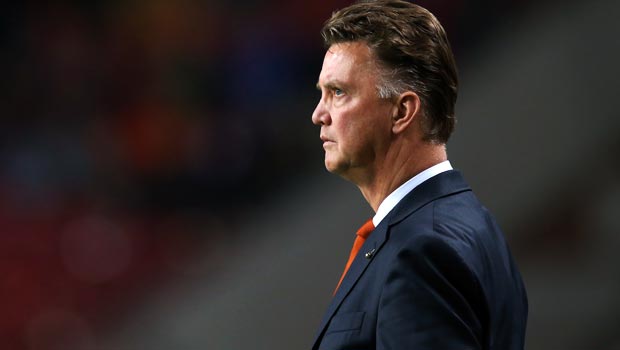 Louis Van Gaal says it is his main ambition to manage a club in the Premier League once he has finished working with the Netherlands team.

The coach will bring to an end his two-year stint working with the Dutch national side after the World Cup, admitting he craves being back in club management again.

There are bound to be no shortage of takers for the 62-year-old once he does become a free agent, Van Gaal having won the Champions League as well as titles in Spain, Germany and Holland.

However, it would appear English clubs might be able to steal a march on their continental rivals after the former Barcelona coach revealed he wants to manage in the Premier League.

Before his revelation, Van Gaal had been strongly linked with the Tottenham job, with current coach Tim Sherwood’s position far from secure after another difficult season for Spurs.

Van Gaal is also thought to be of interest to the Manchester United hierarchy after a disastrous first season with David Moyes in charge.

The Dutch coach says it is his dream to win a league title in a fourth different country and is confident he would be a success in England.

“My ambition is to coach a top team in the Premier League. I have never experienced the atmosphere in England,” he told German newspaper Bild.

“I want to win the league title in a fourth country. That’s my objective and I want to fulfil it. Either that, or I will retire and move with my wife to Portugal.”

For now, Van Gaal is focused on the upcoming World Cup campaign with the Netherlands, who are 28.00 to go one better than their appearance in the final in 2010 and win this year’s tournament in Brazil.