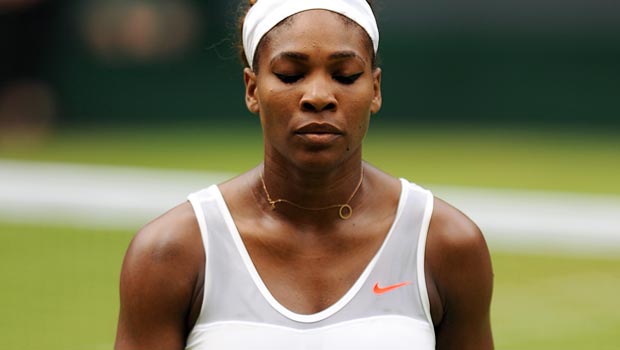 Serena Williams has admitted she is feeling the strain of being the world number one but hopes the familiar surroundings of Miami will settle her nerves ahead of the Sony Open.

After destroying all before her for the majority of 2013, Williams has had a far from smooth ride this year due to a back problem.

While 2014 got off to a great start with victory at the Brisbane Open, the 32-year-old followed that up with a fourth round defeat to Ana Ivanovic at the Australian Open.

Williams was then on the wrong end of a shock defeat to Alize Cornet in Dubai, and as such is back in Miami hoping to rediscover some form.

The 17-time Grand Slam champion bases herself in Florida and sees the Sony Open as her home event.

Williams has won the title six times, including last year’s championship, and says she can’t wait to get back on court.

“I’ve been waiting on this and it feels good to be back here. It is home. It feels home,” said Williams

“I’m used to the conditions, the wind and the heat. I’ve been waiting for this for quite a while.”

Williams went on to say that she is confident her back problems are behind her as she gets sets for her first competitive match in four weeks against Yaroslava Shvedova of Kazakhstan on Thursday.

The American admits she will go into the game with plenty of pressure upon her to perform, especially given her mixed start to the year.

“There is a tremendous amount of pressure when you step on the court,” she added.

“It’s bigger news for me to lose than it is to win. Usually it’s big, front cover news if I lose.”

Despite her recent issues, Williams will start the Sony Open as the 2.00 favourite to take the title, with Li Na the next best priced competitor at 7.00.